After 8 weeks of the season we are starting to build up a picture of the relative strengths of the teams in the Premier League. Unsurprisingly Manchester City and Liverpool lead the way in the Premier League table and also in terms of most FPL points scored and least FPL points against. The two teams are a class above the rest of the league and investment in their players feels essential with 9 of the 18 players to have scored 40+ FPL points so far representing City (5) or Liverpool (4). Historically you would expect Man United, Tottenham, Arsenal and Chelsea to round out the top 6 league positions but with Spurs’ recent struggles and United currently residing in the bottom half it looks as though that dominance could be more under threat than it has been for a long time. This has translated to fantasy football too with Chelsea (8th), Arsenal (9th), Tottenham (13th) and Man Utd (14th) all trailing behind the likes of West Ham, Aston Villa and Burnley for total FPL points so far this season. 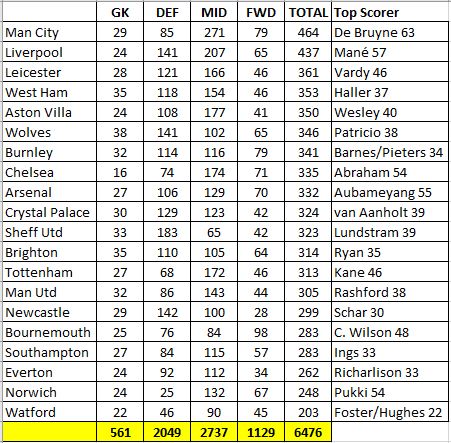 FPL points against can give us an added insight into the relative difficulty of fixtures. So far this season 5 teams have given up more than 350 FPL points: Brighton, Newcastle, Everton, Norwich and Watford. Liverpool are the only team to have allowed fewer than 200 FPL points. Man City have had the 2nd fewest points against with almost 30% of those points being scored by Wolves players during their stunning gameweek 8 victory at the Etihad. 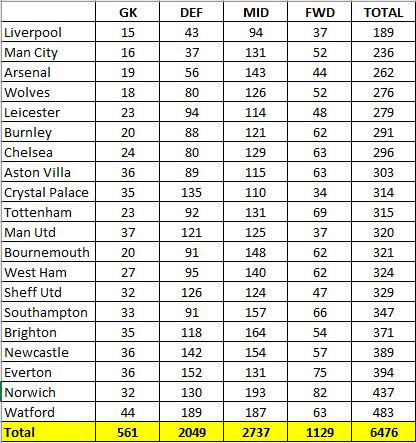 Watford have been by far the easiest team to pick up FPL points against so far this season with the 88 players who have started against them having averaged more than 5 FPL points.

Looking ahead at upcoming fixtures and Southampton will face 4 of the 5 teams that have allowed the most FPL points between gameweeks 12-16. Danny Ings, a fit again Nathan Redmond or even Planet #FPL favourite James Ward-Prowse could prove solid differentials through this period. Bournemouth face 3 of the 5 in their next 4 fixtures which could see more returns for attacking duo Wilson and King who have a combined 86 points so far. Norwich play 3 of the bottom 5 consecutively from gameweek 11 in a run which could see Pukki punish the 300k+ managers that have sold him during the international break. Chelsea and Leicester are the only other teams which face 3 of the bottom 5 in the next 8 gameweeks and this will surely lead to continued investment in the likes of Abraham, Maddison and Mount.

Table showing each team’s next 8 fixtures.

Games versus teams that have more than 350 FPL points against in green.

Games versus teams that have less than 250 FPL points against in red. 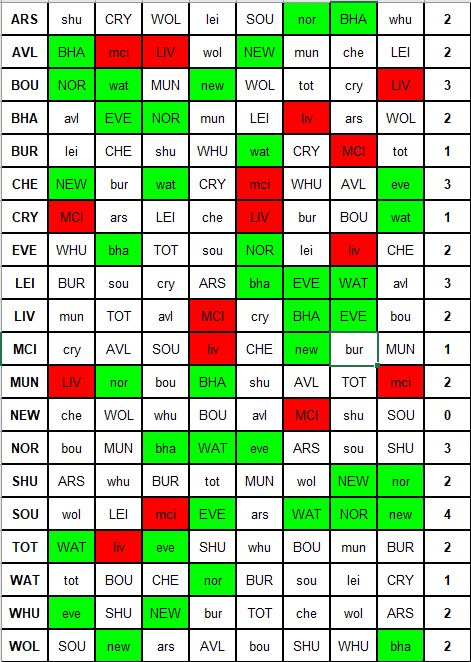