An Overview of Liverpool Assets

Hello everyone, firstly I would like to thank James and Sujan (Editor’s Note: our absolute pleasure!) from the Planet #FPL team for this wonderful opportunity to write about Liverpool and FPL. This is the first article I am writing and since it is pre-season, I will cover the below topics for this inaugural article.

1) The Must have pick

Fairly obvious and I cannot stress enough on this pick being “must have”. Yes I am talking about the Egyptian King Mo Salah. With his PL experience earlier through a brief spell at Chelsea, he joined Liverpool last summer on the back of a decent season with Roma. But no one could have imagined what happened next. Salah got 32 goals, 12 assists and smashed all FPL records en-route a massive 303 FPL points. He made the whole FPL world kneel in front of him as he not only was a must have pick, but was also a mandatory captaincy option and if you didn’t captain him, your OR would plunge (as many who didn’t captain him against Watford would have faced). He defined consistency in FPL and has understandably been awarded an extremely steep price hike to £13m. Despite being the highest priced player in the game, his ownership is a whopping 50.7%. Half the players have drafted him in and I think he will be captained by most owners as well. This simply means that while not having him, gives you a good balanced squad on paper, the consequences of missing out on his hauls (when captained by most) will set you adrift right at the start of the season. That is a risk not worth taking in my opinion, and if over the course of the season, he isn’t performing enough you can easily downgrade to any other midfielder in the game. But on the back of last season, 2 goals at the WC in 2 games and a good form shown in just 2 preseason games coupled with his ownership makes him an essential and “must have” pick.

No Salah = No gains. Simple as that. 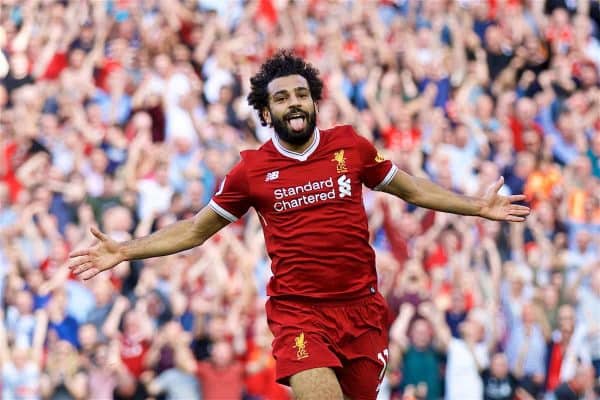 Liverpool were one of the best attacking teams in Europe last year, not just in the PL and that shows through the massive ownership of Salah (50.7%) and Firmino (36.0%). Not just that, Mane (13.0%), goal threat VVD (15.4%), attacking full backs Robertson (15.9%) and TAA (15.3%) all boast decent ownership. Hence Liverpool don’t offer any clear differentials but I think there are two decent options that can be shrewd differentials.

You will be surprised that I am writing a completely different section on Liverpool defenders but the most expensive CB buy, most expensive GK buy and the emergence of TAA and Robertson has made me dedicate a section to just the defensive picks from Liverpool from a FPL perspective.

Before I start, I think Allison, VVD, Robertson or TAA are all good picks, but I will go through each one of them in order of my preference of picking them for your teams.

As you can clearly see, everyone except for VVD’s partner at CB has excellent ownership and hence at least one of the Liverpool defenders/GK is essential.

As you have gone through this preview, you can see that the ownership of plenty of Liverpool players is very high, with two of the highest owned players in the game currently being Mo Salah and Firmino. Looking at that and the returns of these players last season, a double up (1 attacker 1 defender) is almost essential and I would recommend even tripling up. I am expecting huge things from us this season (trying to keep my bias aside as much as possible) and think 2 or 3 Liverpool players will help your FPL teams immensely.

We scored the 2nd most goals last season in the PL and with the shoring up of the defence over the last two windows, we can be a really strong side this season and FPL points will be incoming well from all the positions on the bench.

I will be writing many more articles related to Liverpool and FPL throughout the season but do reach out to me on Twitter @FPLFanatix, if you need more help or have queries related to FPL or specifically Liverpool in FPL.

Until then, signing out

*All TSB ownerships correct as of August 1st