Attack is the best form of defence.

Mo Salah was undeniably the star of gameweek 16, a hattrick which saw him go top of the points scoring charts, enough points as captain to almost single handedly qualify you for the FPL Cup and he outscored the entire squads of Man City, Leicester, Huddersfield, Fulham and his opponents Bournemouth. A lot has been discussed in recent weeks about Liverpool’s improved ability this season to close out games when they have the lead and whether that dampens the appeal of their attacking FPL assets.

Last season Liverpool spent 1519 minutes in the lead (understat) during Premier League games. In that time they allowed 139 shots against and conceded 19 goals translating to a shot against every 11 minutes and a goal conceded every 80 minutes. This season they have spent 712 minutes ahead, allowing 73 shots against and conceding 4 goals. That’s a shot against every 10 minutes and a goal against every 178 minutes. This year they have allowed shots against more frequently than last year when leading but given up goals much less frequently. The quality of chances they are allowing is also significantly lower this season with the average xG per shot just 0.07 compared to 0.12 last season. These numbers show they are definitely having more success in preventing teams from getting back into games this season but is it at the expense of their attack?

The following table shows how each of the top 6 performs when leading a game. 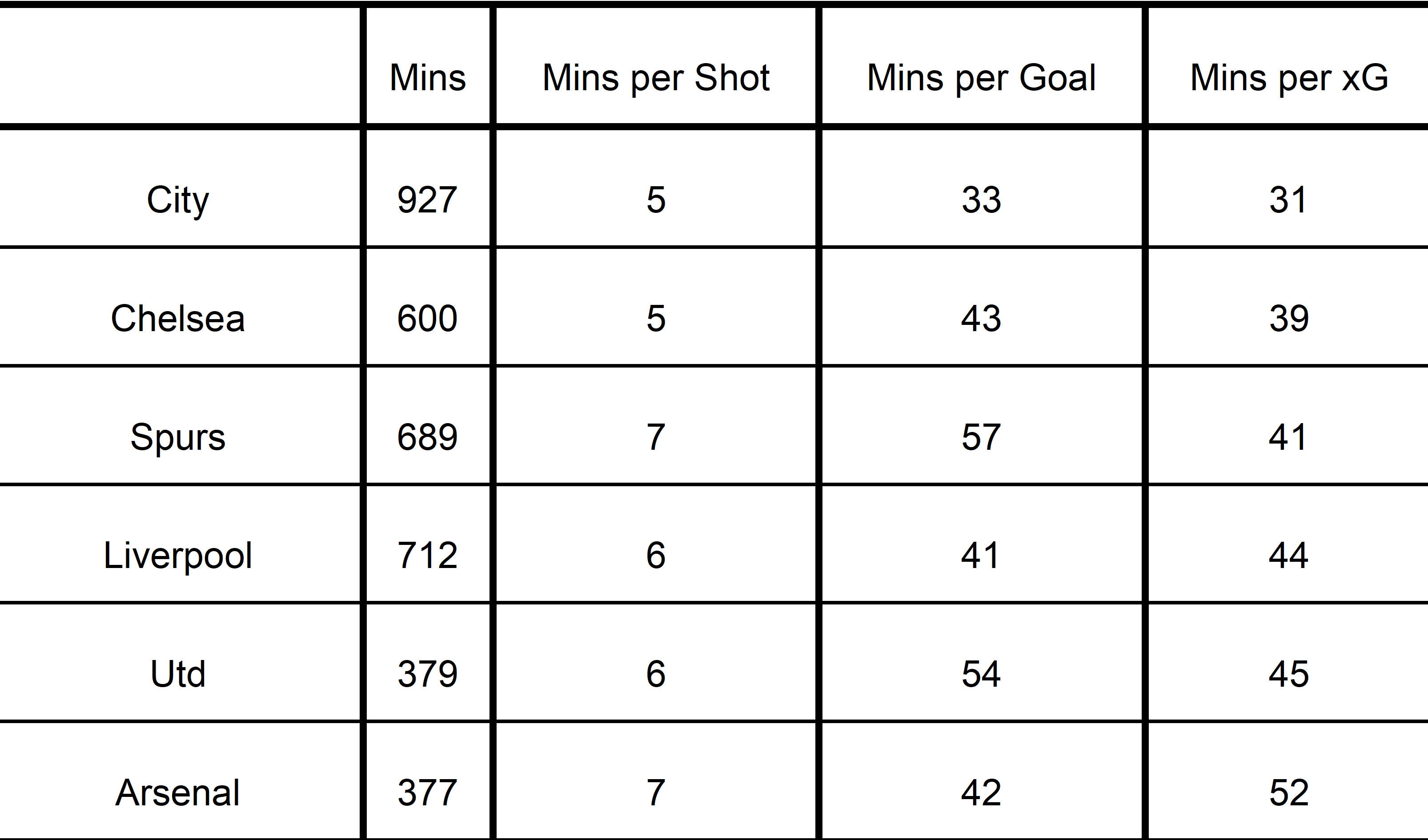 Liverpool are 2nd only to City for mins per goal scored when leading but drop to 4th behind City, Chelsea and Spurs for minutes per expected goal. Man City have spent more than 60% of the season leading games and are by far the most attacking team when doing so. They have spent almost as many minutes for goals ahead as Cardiff have spent winning so far.

Liverpool have definitely improved defensively when leading this season and that does appear to have slightly dampened their attacking intent. However their attacking numbers in that situation are still comparable with everyone in the top 6 bar Man City. My personal plan FPL wise had been to come off Salah this week and move to Sterling for what look like easier fixtures. Salah’s hattrick definitely makes this a tougher decision and I’m also second guessing the wisdom of moving to easier City fixtures. Tougher festive fixtures for Liverpool surely make Salah more likely to start whereas games against Palace and Southampton could very easily be rests for Sterling. Whatever I decide to do ahead of the GW17 deadline I will try to adopt a City style attack while I’m ahead approach to FPL.