How Can City Deal Without Stones and Laporte?

Pep Guardiola announced on Tuesday that John Stones suffered a muscular injury in training and will be out for 4-5 weeks. It is yet another blow to City’s back line as they were rocked earlier this season by the news Aymeric Laporte will miss 5-6 months of the season with a knee injury. Here I have a quick look at two ways City could deal with the scary reality that Nicolas Otamendi is their only fit centre back.

Pep said earlier this season that Fernandinho can play centre-back in an emergency and has been training to play there. The Brazilian has played there before going back as far as Pellegrini’s time in charge and again last season in a victory over Arsenal. He also played a few minutes in the centre of defence at home to Brighton and looked comfortable. Fernandinho appears to have all the right attributes to be a good centre back: strong in the tackle, reads the game well and is better in the air than his height suggests.

If Pep doesn’t want to change his tried and trusted 4-3-3 formation; this is the most likely option. Here’s how City could lineup with Fernandinho at centre-back. 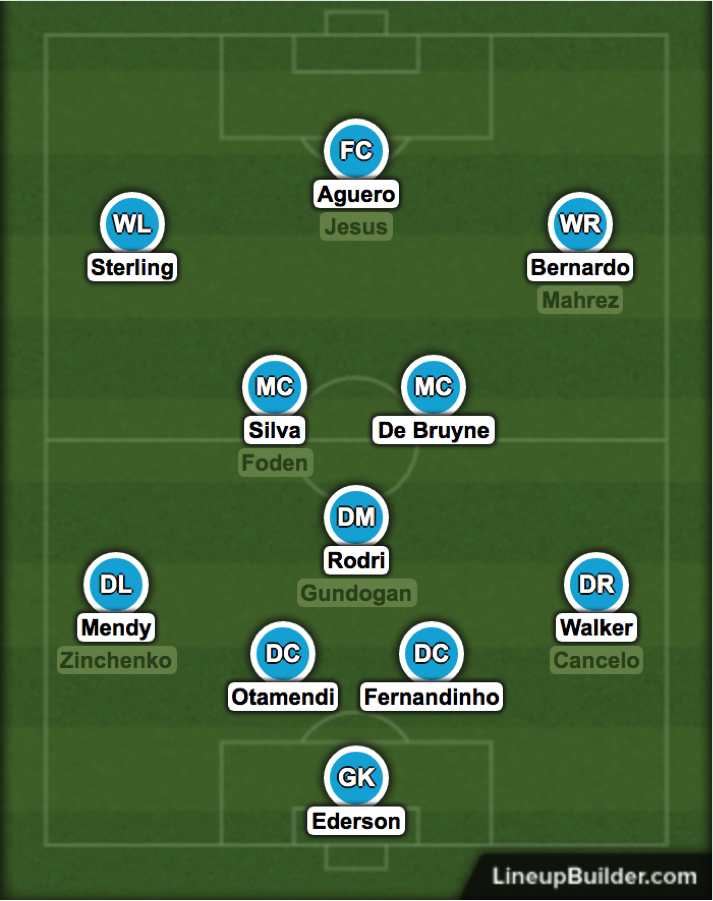 If Otamendi continues to look vulnerable or Fernandinho struggles to adapt; Pep could shift to a system using 3 at the back. City have played this before at the start of both the 17/18 season and 18/19 when Benjamin Mendy was fit and the Blues now have him back with Joao Cancelo on the other side ready to go.

Otamendi would play on the left with Fernandinho as the middle centre back to bring the ball out. A common thought on FPL Twitter is that Kyle Walker might play centre back and while I don’t think this would happen in a 4-3-3, he has shown he can play on the right of a back 3 for England. Pep may feel less pressure to play with wingers given Leroy Sane is injured and Bernardo Silva has shown the ability to play in the centre of midfield. Raheem Sterling is also proficient up front and would almost certainly profit from this system.

With Mendy and Cancelo both ready to offer their own attacking threat, it wouldn’t surprise me to see Pep try this formation. If he does and it becomes the regular system both wing-backs would offer huge FPL potential. 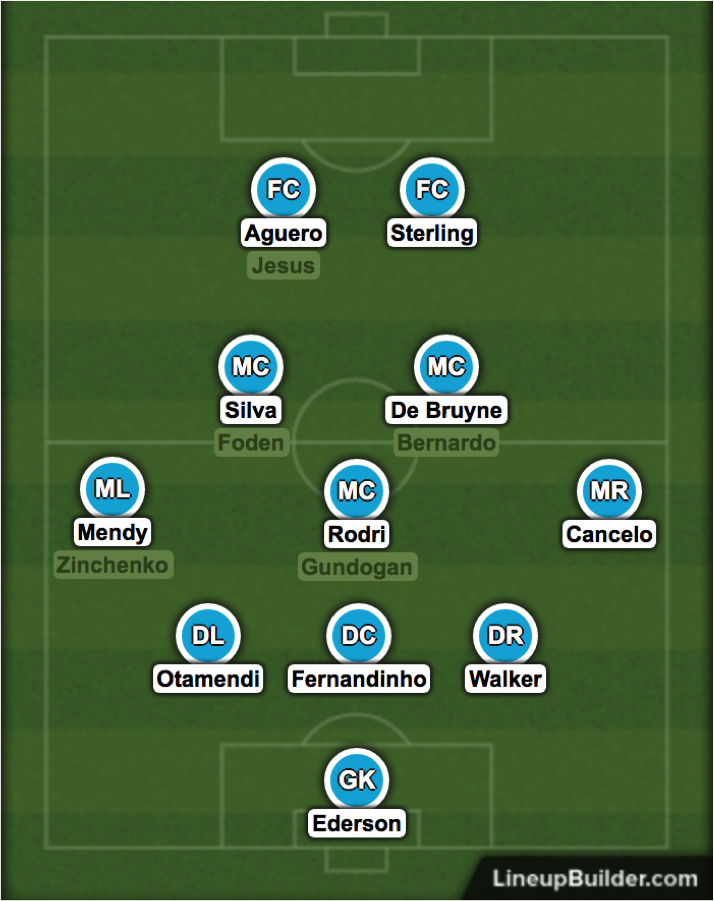