Huge fixtures on the horizon…

Nine games into our second season in the top flight, we find ourselves 12th in the league, and only three points behind Manchester United who we famously beat 3-2 back in August! We’ve also faced Tottenham and had trips to Anfield and the Etihad, which makes our current league position look even better! However, Friday 5th October was when our season really got underway. A tough, battling performance against an in-form West Ham side earned us a much needed three points and was the first game in a run of ‘favourable’ fixtures, although there are no easy games in this league! 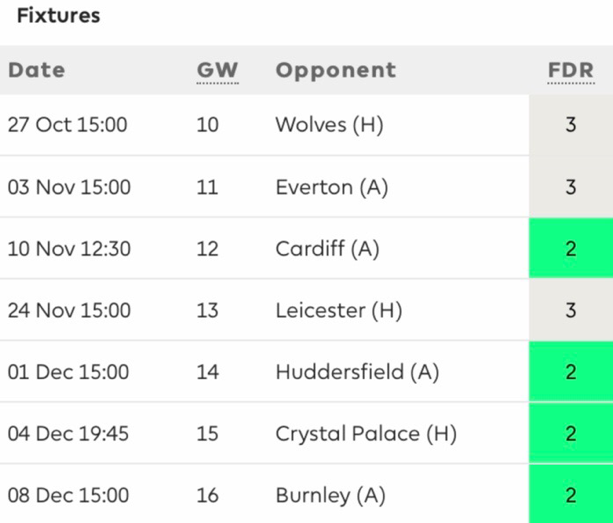 Brighton don’t face a ‘top 6’ side until GW17 where Chelsea visit the Amex, it is important we get points on the board before a tricky festive period. The fixtures look good on paper but I’m sure each game will be a close battle and we’ll have to be at our best to get the wins. It is also worth mentioning our terrible away form, our 1-0 victory against Newcastle last weekend ended a run of 17 away league games without a win, so don’t be deceived by the green on the fixture difficulty ranking! There are certainly some good FPL prospects in the side, here are some players to add to your watchlist:

In my opinion, the most underrated player in this Brighton team and he is just getting better and better. The Aussie has made 36 saves so far this season, the 3rd highest in the league, and has kept us in games where we haven’t been at our best. From an FPL perspective, he has collected 20 points across the last two gameweeks, including 5 bonus points. Ryan is certainly an option at 4.5m, a straight swap for a goalkeeper such as Hennessey whose fixtures take a turn for the worse could be a popular move.

You literally can’t split these two up, they come as a pair! The perfect partnership, and they have been at their very best recently. Classic, no-nonsense centre backs who will throw themselves in front of any shot and will give everything for the team, accepting nothing less than a clean sheet. I was critical of Duffy towards the end of last season and I felt like he was clinging on to his place, especially after Balogun joined in the summer, but he has been top quality and arguably our player of the season so far! He’s also added goals to his game which is something he failed to do during the last campaign, 2 goals and 2 assist so far this season.

Lewis Dunk is the slightly cheaper option in FPL and is nailed on to start alongside Duffy in central defence. He wasn’t performing at his usual standards at the beginning of the season, but his form has certainly improved, earning himself a call-up to the England squad. He might not have the goal threat that Duffy has, but his high number of blocks, clearances and interceptions means he will always be in and around bonus points. 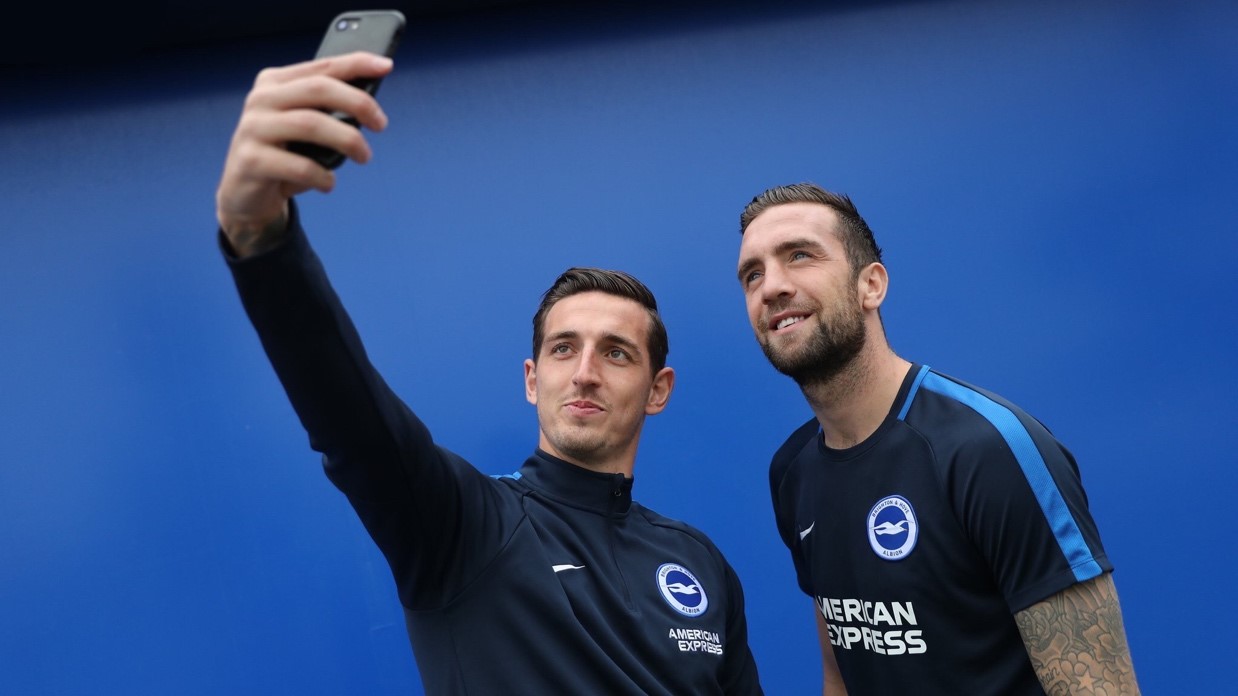 The pacey Colombian winger was a key part in our survival last year but has missed the first two months of the season because of an injury. He returned to the starting lineup against Newcastle last weekend and looked sharp, supplying the assist for Kayal’s goal in the 1-0 win. He took Knockaert’s place in the starting XI which was a surprise to everyone as the Frenchman had been performing so well. March, Izquierdo, Knockaert and Jahanbakhsh are all competing for three places, which suggests there will be constant rotation in the attacking areas as the season progresses, even more so when Pascal Groß returns from injury. Regarding FPL, I like Izquierdo as a punt and he is a huge differential as he is only owned by 0.1% of players!