Blank, Double and Chip fever has taken over the FPL community. The FA Cup quarter final line up is confirmed and planning for the stretch between gameweeks 31 and 35 which will see 2 blank gameweeks and 2 double gameweeks has started in earnest.

However I don’t think we can overlook the next 4 gameweeks for the sake of fixating on building a team for 5 weeks in the future. If each team was to score FPL points at their current rate between gameweeks 27 and 30 then Liverpool (who won’t blank at all this season) would come out on top for this period with 230 FPL points. The Reds average 62 FPL points per home game and 53 FPL points per away game and face 2 of each in their next 4. When ranked like this the next 7 teams (Spurs, Arsenal, Man Utd, Man City, Palace, Watford and Wolves) are all teams that face a blank in gameweek 31. Man City are 5th despite playing only 3 games in the next 4 gameweeks. With 7 of the top 8 being teams with no fixture in gameweek 31 they could easily be teams that are overlooked for investment in this period. 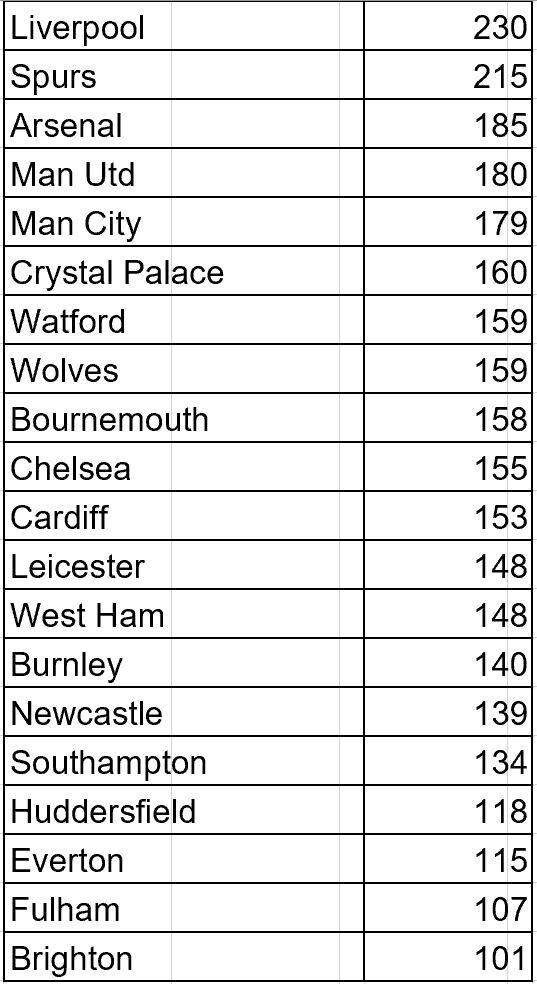 It’s important to take fixtures into account for this period too so looking at the average FPL points against for each team’s opponents for this period may give additional insight. Newcastle, Leicester, Huddersfield, Fulham and West Ham come out top for ease of fixtures over the next 4 gameweeks.

Table showing sum of average FPL points against for next 4 opponents. 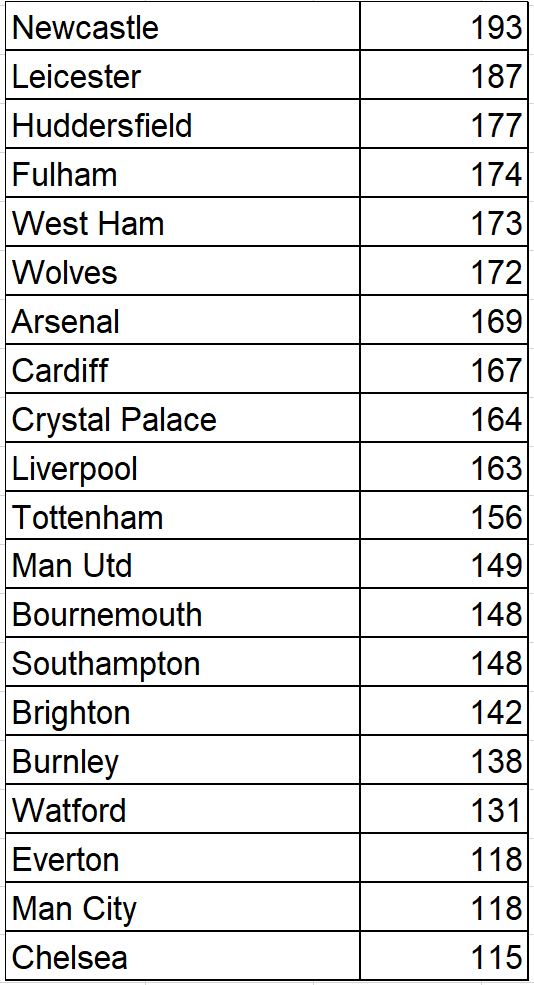 Newcastle face Huddersfield, Burnley and Everton at home who give up 53, 51 and 43 FPL points in away games on average and a trip to West Ham who give up an average of 46 FPL points in games at home. Leicester also have a seemingly easier run of fixtures with Palace (41), Brighton (48) and Fulham (59) at home and an away trip to Watford (39) in their next 4.

The next 4 weeks looks like an extension of the classic form Vs fixtures debate that we all weigh up every season. The teams which generally score more FPL points have tougher fixtures and no game in 31 (Liverpool excepted) whereas the teams that generally score fewer FPL points have easier fixtures and games in 31. Judging when to make the transition to gameweek 31 players is going to be key but I certainly wouldn’t rule out making transfers this week that make no account for 31.

Personally, with no standout captaincy option in my team this week, I’m weighing up a move for Aubameyang. It’s a move that doesn’t help with gameweek 31 but could easily outscore a more sensible long term move to the tune of 4/8 points which pays for a couple of hits further down the line. My thinking basically boils down to whether a team that ignores gameweek 31 completely and brings in the likes of Aubameyang, Aguero and Sterling for decent fixtures will outscore a team planning for 31 and making transfers accordingly by 16 points or more.

Everyone is in a unique situation at this time of the season with players owned, team value, chips left and strategy adopted meaning there’s no one size fits all approach. James and Suj have done an incredible job of detailing different strategies on the latest pod but with the majority of the FPL community fixated on building towards blanks or doubles some aggressive moves focused purely on the next 4 fixtures could pay dividends.