After a move to Anderlecht fell through on deadline day a number of WhatsApp messages from Slavisa Jokanovic was enough to convince Mitrovic to make the move to Fulham on loan. Having helped fire Fulham back to the Premier League the move was made permanent in the summer and Mitrovic has continued his goal scoring form into the new season.

Mitrovic started the season as a £6.5m striker which has since risen to £7.0m after bagging 5 goals and an assist in the opening 6 games. So let’s have a closer look at the big Serb and see what attributes make him a great FPL budget striker.

Mitrovic, continuing where he left off in the championship last season. He scored 12 goals in 15 starts for Fulham last season as they gained promotion via the playoffs and has thus far bagged himself 5 goals and an assist in the first 6 games of the season. No one across England’s top 4 tiers has scored more goals than him since his Fulham debut.

Mitrovic is currently the joint top scoring player in FPL with Eden Hazard on 5 goals. He is second behind Agüero for goal attempts (28) and shots in the box (19), joint top for big chances on 5 and top for shots on target with 12. 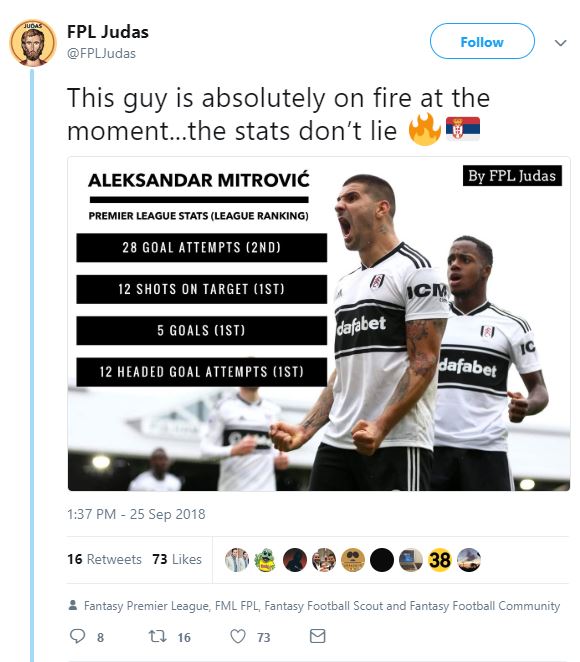 He had 8 shots in the last game v Watford which was the most of any player on the pitch. This was despite Fulham being completely outplayed in the first half.

With Everton, Arsenal, Cardiff, Bournemouth and Huddersfield in the next 5, he will be looking to add to his goal tally.

If we look at the assist he got against Burnley which came back off the post and went down as a fantasy assist. 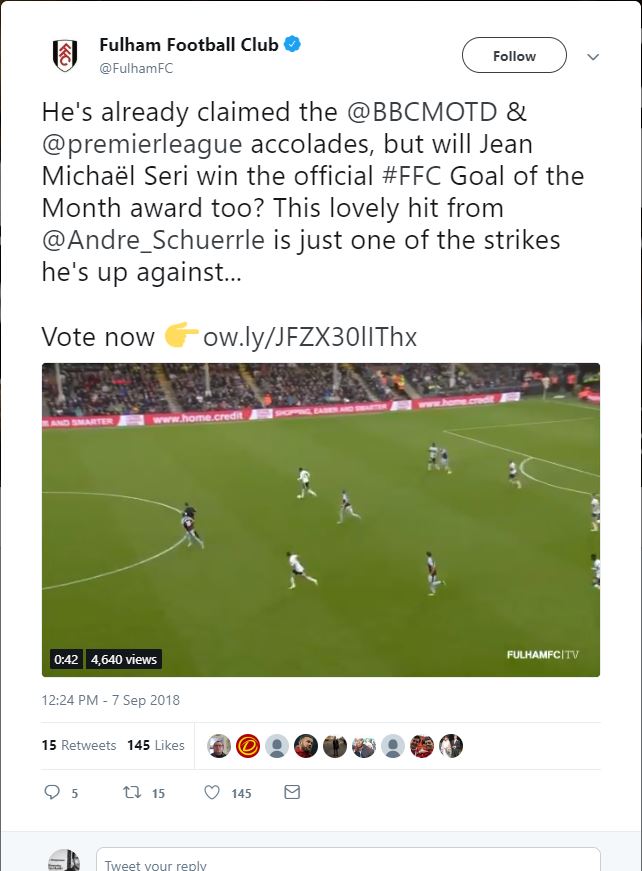 There is something in the way he shoots which either comes back off the woodwork or as a parried shot from the goalkeeper. He bends the ball in such a way that should he not score the ball tends to rebound into a dangerous area. How do we know this? He was top for assists from rebounds in the Championship last season. Top in less than half a season. 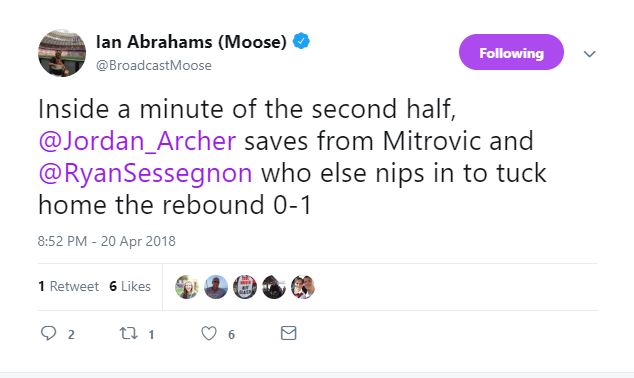 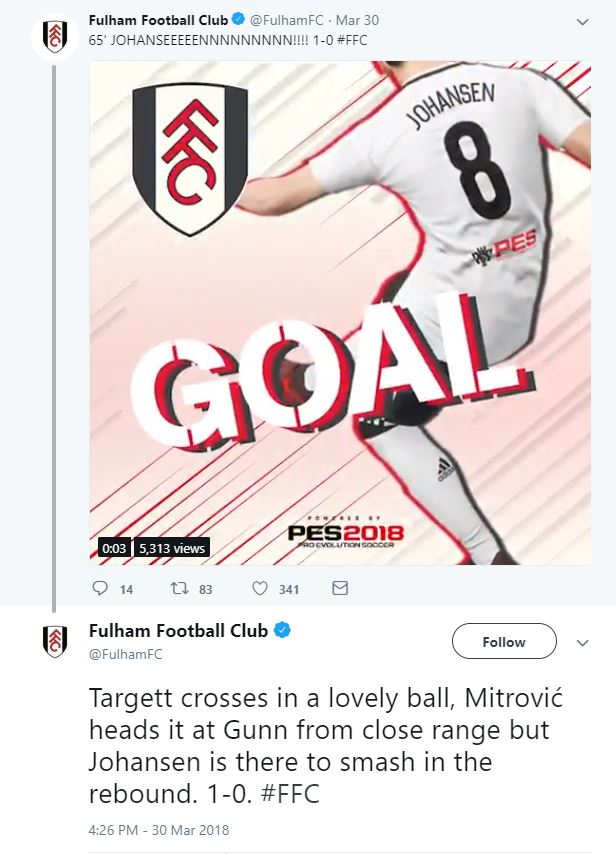 What else about his game goes in his favour? Well not only is he good offensively and holding up the ball but he also puts in a shift at the back making tackles, recovering the ball and making blocks which all contribute to his bonus points.

As already mentioned Mitrovic is good in the air and has won 26 aerial duels. It’s his CBI (Clearances, Interceptions, Blocks) that stands out the most. He’s top for CBI among forwards. 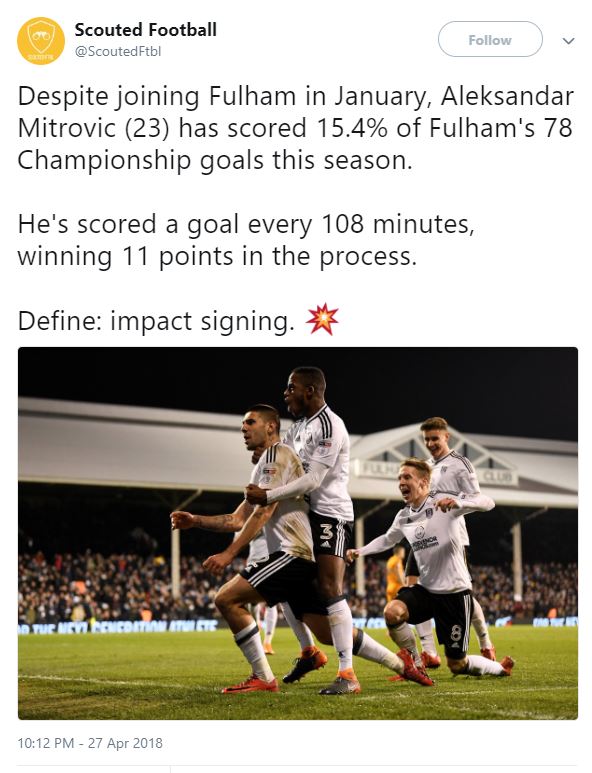 He scored a lot of very important goals in a short space of time last year and Mitro has got off to a flying start this season.

The wide men for Fulham will look to target him with crosses as he looks to bully defenders in the box. The will also be looking to drag defenders out wide which will allow more room in the box for Mitrovic to make his runs.

Mitrovic is a talisman for Fulham. If Fulham score a goal it’s more than likely that he will be involved in some way. So far he has been involved in 62% of Fulham’s Goals and when you factor in the fantasy assist v Burnley it takes him up to 75% goal involvement.

It’s not yet known who the designated penalty taker is for Fulham as they haven’t been awarded one during Mitrovic’s time at the club. It is believed that he will be first choice but until one is awarded we can only speculate. The fact that none of his 5 goals have come from the spot is even more impressive.