The Case for a 5-man Midfield

Two-thirds of the way through the season a quick glance at the top FPL scorers looks like this: 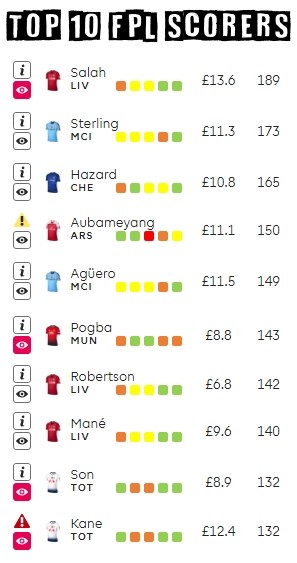 The top 10 scorers are currently made up of 6 midfielders 3 forwards and a defender with the top 3 players all being midfielders.

It’s no wonder that the makeup of the highest scoring players contains so many midfielders given that there are more of them in the game than any other position,  midfielders score more points for a goal than forwards do and can also earn an extra clean sheet point.

A great example of this is in Man City’s thumping 6-0 win over Chelsea. Aguero took the plaudits with his hat-trick and 3 bonus points for a tally of 17 but it was Raheem Sterling who came out with more points than the striker. His 2 goals, assist and 2 bonus points along with his clean sheet point gave him an 18 point total.

A look to past seasons sees this trend of Midfielders among the top scorers continue.

Only 3 of the top 10 scoring players over the past 4 seasons have been defenders. While still providing excellent value, more often than not they don’t have the same scoring capability that midfielders and forwards do.

13 of the 40 players are strikers which is 32.5% of the players. Barring Ighalo in the 2015/16 season, the majority of these players would be considered premium options so going with three big strikers isn’t an option in my opinion.

Midfielders make up 24 of the 40 players which is 60%, keeping in line with this season’s current percentage.

Midfielders more often than not make up the majority of the highest scoring players each season. Therefore would it not make sense to pack out your team with as many as possible?

Below is the current dream team with a 5 man midfield. 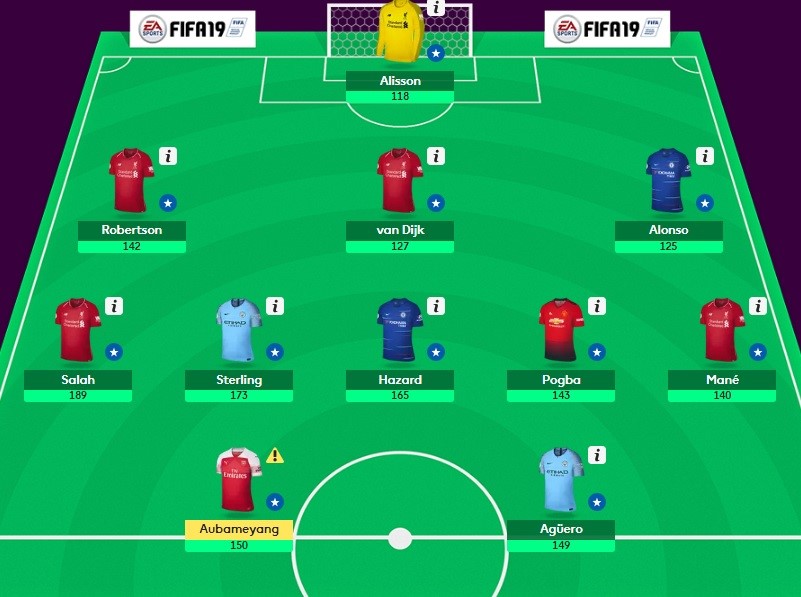 I had a look at the dream team for each game week to see what formations crop up. Only in GW3 does a formation with 2 midfielders appear so from that I would deduce that the 5-2-3 formation would be ill-advised.

A dream team with 3 midfielders occurs only twice, in GWs 4 and 12. Once again it doesn’t look like an optimal strategy to play with 3 in midfield.

A 4 man midfield in the dream team occurs 11 times and a 5 man midfield 12 times. Therefore I believe managers should be playing a formation that regularly plays at least 4 midfielders with the flexibility to play a 5th.

I added up the number of players for each position in the dream team game week and worked out the averages. A defender appeared 93 times, a midfielder 112 times and a forward 55 times. Divided by the number of game weeks that gave me:

What do you reckon? Will you be packing out your midfield?