Heading into their remaining three fixtures, Newcastle United have incredibly produced (and given away) the EXACT same number of points and goals as the same point during the last campaign. 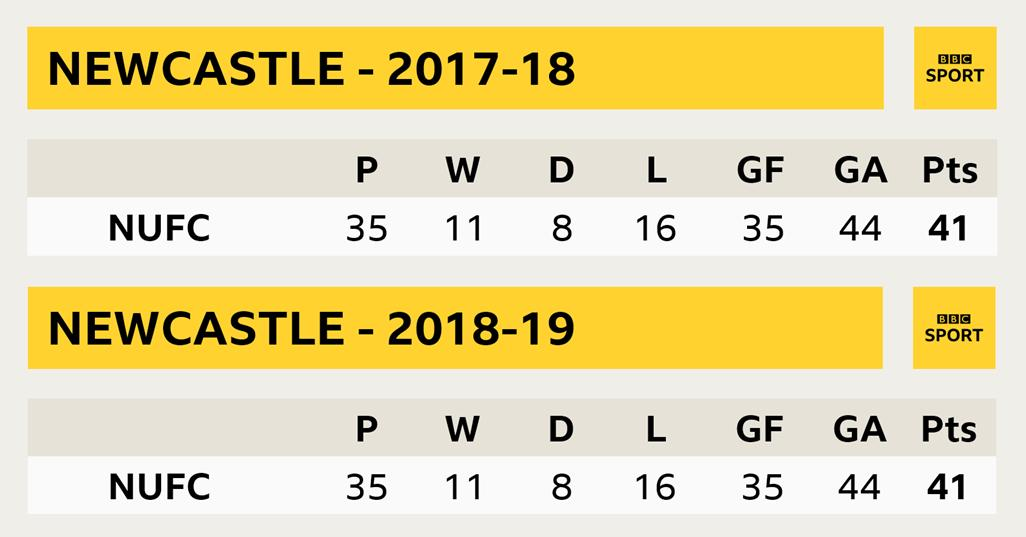 Just like last season, our form in the second half of the campaign has been top six material, culminating in a surprising win at Leicester followed up with a convincing home win with the pressure off to make safety a mathematical certainty. Perez has gone on a similar scoring streak and there’s uncertainty surrounding Rafa’s position at the Club. It’s never dull at NUFC but it has become rather predictable.

With three games remaining – against opponents in similar positions in the table to last season – is it possible to predict our remaining FPL impact?

REASONS TO THINK WE WILL ROLL OVER FOR FPL FILLED OPPONENTS

Our top ten finish last season hid the fact that after securing safety, we lost four out of our final five games. A quick recap reveals some concerning trends that could come into play as we wrap up our second season back in the Premier League.

Having secured our Premier League status with a 2-1 home win over Arsenal in GW33, we put in a lacklustre performance at Goodison, conceding shortly after half time on 50 minutes.

A surprising defeat to a bottom of the table West Brom who were still scrapping for points and scored on 28 minutes. For the second game in a row, we produced just two shots on target.

We scored in this one! Another Pérez goal. But defeat came by way of a 28th minute goal. This was after conceding in the 2nd minute, demonstrating more sloppiness shortly after kick-offs.

Another goalless first half, another goal conceded on 50 minutes as we lost concentration after the restart, just as we did in GW34.

Based on our post-survival form last season, there remains a strong possibility that we become the latest team to hit the beach. What better place to do that than at Brighton this weekend.

The way Rafa sets us up away from home in the Premier League, if we concede first we struggle to turn results around on the road. There’s a high likelihood that we start and restart games slowly during our remaining away games and I’m not convinced we have the motivation to pull ourselves back into games at this point with nothing to play for. Brighton have failed to score in their last seven games, so the result and FPL points this weekend will come down to who scores first. If Brighton take the lead, I’d back them to keep a clean sheet and win 1-0 to boost their own survival chances.

Rafa has hinted at giving squad members a chance in the remaining games. Anyone carrying a knock will not be playing at Brighton this weekend. We’ve also lost the pacey Almiron to injury for the rest of the season before his inevitable first goal for the Club.

So if this season is to play out in a similar fashion to last year once survival was secured, I can’t argue against starting your popular Brighton and Liverpool defensive options against Newcastle during the season run-in. Even Fulham have started turning in clean sheets lately.

Heading into the ‘double gameweeks’ Newcastle were on 35 points and looking over their shoulder at our relegation rivals. Back-to-back victories secured our Premier League status for another season and has put us in better form than last season. Realistically, we can still finish as high as 11th this season. We need three points from our remaining three games to equal last season’s 44 point ‘haul’, which was good enough to finish in 10th place on goal difference.

Our two fixtures against the two teams below us in the table reek of Championship quality. But our shared recent history in the lower league might spur us on to turn in improved performances. Brighton challenged us all the way for the 2016-17 second tier title. And the first game of that season was an away defeat at Craven Cottage.

The last time we lost our final home game of the season was in 2013-14, the team that defeated us that year happened to also be Liverpool. Despite what appears to be yet another predictable outcome, I actually think we will end Liverpool’s remaining title hopes in GW37.

St. James’ Park is always raucous for our final game of the season. Our final two Premier League matches in recent seasons have produced a combined 8-1 score line over Spurs and Chelsea. The emotional 5-1 win of Tottenham two years ago had a lot to do with the uncertainty surrounding Rafa’s position at the Club. Not much has changed on that front.

Mix in the fact we play Liverpool in between their two Champions League ties with Barcelona and the fact we’ve beaten Man.City at home this season, it wouldn’t be the biggest surprise to me if we also took points off Liverpool to end their title dreams.

My prediction for Newcastle is that we draw all three of our remaining games, finishing on the same number of points we secured last season. If that also means we get to keep Rafa in charge for another year, I’ll happily take that result.