To the novice Serie A viewers, a storm of tactical masterclass was brewing at Stadio Sao Paolo. A talismanic Italian coach was encroaching the turf of the Old lady. Post the elongated financial hoopla, Antonio Conte was eventually put to the sword and Maurizio Sarri was unveiled. Calling himself as a “coach” rather than a “manager”, the smoking tactical Virtuoso has taken charge at the Bridge.

His tactics and the fluid hipster brand of football was widely appreciated in Serie A. He guided Napoli to become the Winter Champions for the first time in 26 years in 2015-16 and in the following season he pushed Juventus to the very end finishing a mere 4 points behind the champions. Here is how he did it. Lining up in a mundane 4-3-3 formation to the naked eye, Napoli used customisation to the great effect. The resting formation was a version of 4-3-3 which when split looks like 4-1-2-3. The formation often involved the front 3 switching positions seamlessly without any disruption in structure. At the back the Centre back pairing comprised of Albiol and Koulibaly, with the former being the better passing defender of the two. Albiol was tasked with preventing the team from being caught on the counter. Koulibaly, with his superior pace assisted with the ball movement up field with insistence on building from the back. Unlike most modern managers and coaches, Sarri prefers fullbacks who are defensively equipped rather than persistently involved in attack. The fullbacks only get involved in attack on occasions of counter attack. One midfielder will always play the role of a pivot. This was mastered to perfection by Jorginho. The other two midfielders are more aggressive. Allan often played a role similar to Vidal, in other words box-to-box. He often drops back to help Jorginho break up opposition advances. Hamšík on the other hand was given the role of a maverick Centre Midfielder. He would often make runs into the box acting as a Pseudo striker when Mertens wasn’t out of position. The wingers prefer to play wide giving balls to players in the central corridor.

On every occasion that the keeper has the ball, the Centre backs are wider than they usually are. At this moment the fullbacks merge to have a flat four in the midfield and Jorginho falls back to collect the ball. The forward line becomes narrower and the formation changes to 3-4-3. This offers the team added muscle for the buildup. Both Koulibaly and Jorginho had a good long ball in them, this was used sparingly to catch oppositions off guard. The key ingredient to the success of the Napoli formation was the emphasis on persistent pressing and man to man pressing often helped them in ball recovery. Another thing worth noting was the defensive high line. This often forces the opposition number 9 to be quite a way back from the Napoli box. While playing defensively oriented teams, they have a winger playing alongside the primary striker with one Centre midfielder taking the position vacated by the winger. This essentially turns the team into a 4-4-2. Sarri coaches the teams to withstand a lot of defensive pressure and the team occasionally resorts to two banks of five till they get the ball back. This style is an evolved version of what the Soviets used to play during the Pele era.

Evaluating the Current Chelsea squad based on Sarri’s Tactics:

We will avoid talking about the tumultuous keeper situation and start from the back four.

Comparing the current Chelsea squad to the Napoli first team, Chelsea are better equipped in certain positions. At right back Azpilicueta has a better defensive persona than Hysaj. Chelsea also have Christensen to play a technical Centre back role in the same mold as Albiol. However Chelsea lack an alternative in this position as Cahill has had a horrendous time off late. Daniele Rugani can offer a viable option if priced away from Juventus. Zouma and Rudiger both are good pacey Centre backs and should be able to play the role of Koulibaly. Emerson is more comfortable at the conventional left back position as compared to Alonso and should be preferred. However, he is not yet tested rigorously in the Premier League and might be an area of concern for Chelsea with regards to the back four.

The pivot role will once again fall to Jorginho and Kanté should better the efforts of Allan. The pace that Hamšík provided might be a task too much for Fabregas to match. Barkley might be a quicker and more physical alternative. However this position would be of concern to the new coach. Ruben Loftus-Cheek might also get an opportunity in this position.

With all the hoopla surrounding Willian, Pedro can still have a future at the Bridge. However it might be a step down from the quality offered by Callejón. Leon Bailey is being pursued as a transfer target to shore up this weak link. Hazard would no doubt offer much more than what Insigne did at Napoli but seeing that majority of the goals were from the Centre forward Morata/ Batshuayi or possibly Higuain might decide if Chelsea can replicate the Napoli accolades.

The formation used by Sarri is such that the forward is heavily involved in the goals. If Morata is still the primary forward when the transfer window closes he might well be a good FPL asset to own. From the forward position Napoli managed 23 goals and 6 assists. That is better than Vardy’s return last season priced the same as Morata at £9.0m. As an extension it is also better than what Firmino got last season. Hazard at left wing will miss a few games and Hudson Odoi might get a couple of games. If that is indeed the case then at £4.5m he is a no brainer. The community Shield on the 5th of August against Manchester City will give us a good indication.

Fullbacks under Sarri would not be as attractive as under Conte and Marcos Alonso would be one to avoid. Emerson and Christensen might be cheap ways into the Chelsea defensive FPL returns but the keeper (might not be Courtois) would be the cheapest way as he is most likely to be priced less than or equal to £5.5m. There are a lot of assists on the wings and Pedro can still offer good cheap returns if Willian departs and no replacement is signed. Pedro might well be a starter till GW2-GW3. Priced at £6.5m, he offers a less than average spend on a top 6 midfielder. Barkley had a lively first pre-season game. At £6.0m, he is worth considering.

Table 2: Position wise FPL attacking returns for Napoli squad for the 2017-2018 season (Only Serie A Games)

Table 3: Position wise FPL returns for Napoli squad for the 2017-2018 season (Only Serie A Games) and value for money

Selection based on Pre-season performances:

Based on the first two pre-season gamea, Chelsea lined up with Zappacosta, Luiz, Ampadu at the back. Jorginho started as the CDM with Barkley and Fabregas as the more advanced CMs. Hudson Odoi took up the left side attacking reigns with Pedro marshalling the right. Morata started as the lone striker. 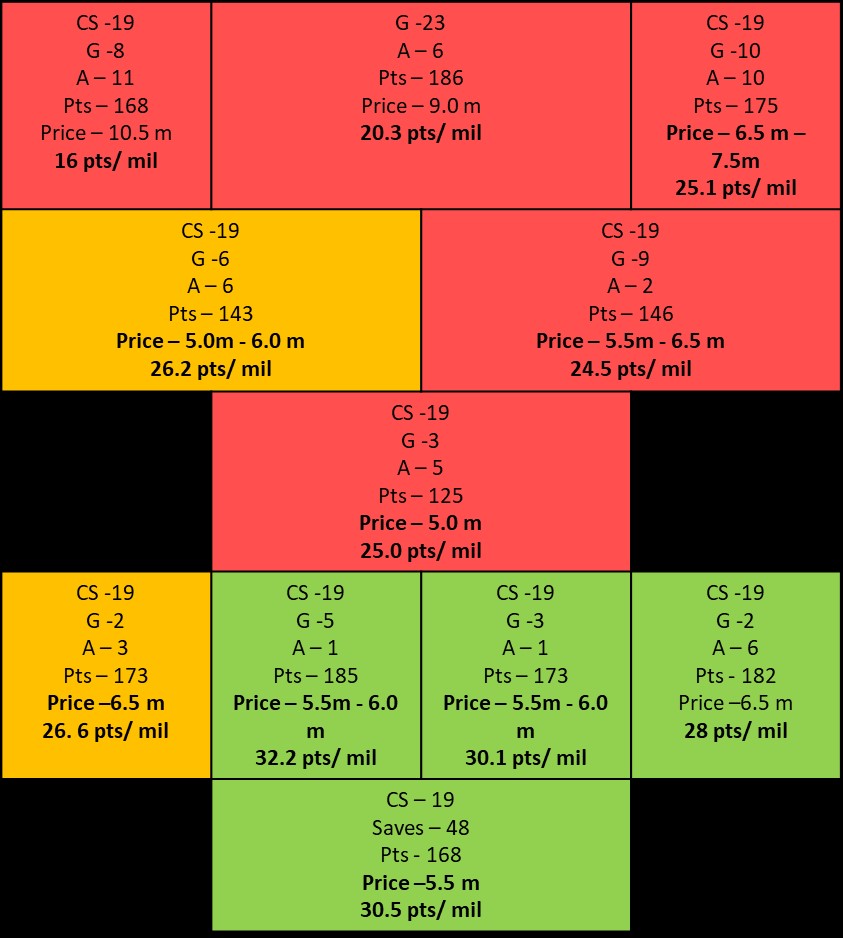 Table 4: FPL selection based on two seperate analysis done in the article